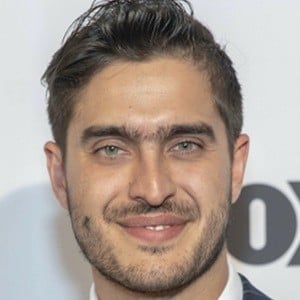 Sports reporter who's best known for being an anchor on FOX Deportes En VIVO on Fox Deportes. He has also worked as a reporter and commentator for Univision Deportes' Fútbol Central, Fútbol Club, and Locura Deportiva.

He graduated with a degree in Communication and Media Studies from Universidad Complutense de Madrid in 2008.

He has covered the Mexican National Team during the 2011 FIFA U-17 World Cup Mexico and the 2012 Futsal World Cup.

He has a younger brother named Sergio.

Rodolfo Landeros Is A Member Of