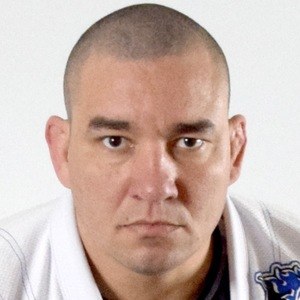 Known under the nickname Comprido, he is a professional martial artist who is known for obtaining a black belt in Brazilian jiu-jitsu. Beyond winning several titles at the World Jiu-Jitsu Championships, he is also known for being a mixed martial arts instructor for different UFC Heavyweight Champions.

He first began studying Brazilian jiu-jitsu at the age of 16. He went on to compete in his first CBJJ World Championship in 1999 where he won first place in the Black Belt Open Weight category. Upon retiring in 2007, he began training a range of different professional UFC fighters.

He is known for having founded the Brasa Jiu Jitsu camp in Buzios, Rio de Janeiro. He has won first place at multiple championships including in the CBJJO Copa do Mundo Championships, the CBJJ Pan American Championships, and the CBJJ World Championships.

He was born and raised in Rio de Janeiro, Brazil but later settled in Chicago, Illinois.

He has worked as a martial arts instructor specializing in Brazilian jiu-jitsu for lead UFC fighters Brock Lesnar and Chris Tuchscherer.

Rodrigo Medeiros Is A Member Of