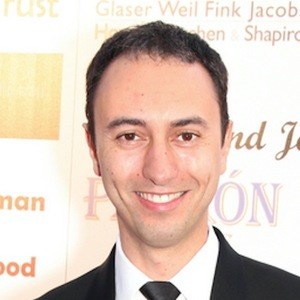 Brazilian professional skateboarder who is known for having earned sponsorship through the companies LRG, Venture Trucks, Adidas, and Bones Wheels. He is known for having released several video parts through his sponsors and for sharing clips of him skating through Instagram for his over 160,000 followers.

He was one of the founding members of the Brazilian wave of skateboarding that emerged in the early 2000's. He earned recognition when he was sponsored by the international brand LRG and he began appearing in both Thrasher and Transworld Magazine. He was first made a professional through Flip Skateboards.

He is known for being one of the founding members of the Brazilian skate shop Matriz Skate Shop. He has also earned previous sponsorship from several of the biggest brands in skateboarding including Flip, DGK, and eS.

As a rider for Adidas, he is on the same team as Nora Vasconcellos, Mark Gonzales, and Dennis Busenitz.

Rodrigo Teixeira Is A Member Of