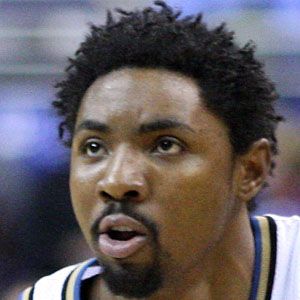 NBA guard who began his career in 2002 with the Chicago Bulls.

He played 3 years of college basketball at the University of Virginia.

His father, Roger Mason, Sr., died of a kidney disease when Roger was 11.

From 2006 to 2008 he played with point guard Gilbert Arenas on the Washington Wizards.

Roger Mason Jr. Is A Member Of