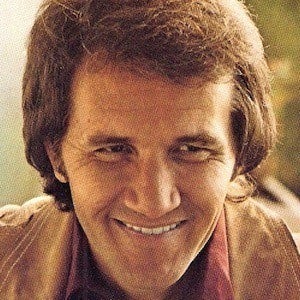 Country singer-songwriter who sang "King of the Road," "Dang Me," and "England Swings." He has won more than ten Grammy Awards for his music.

He worked on a farm in his youth, plowing and picking weeds and cotton. In high school, he listened to the Grand Ole Opry while working for the National FFA Organization.

He wrote the music for the 1985 Tony Award-winning Broadway musical Big River.

His first wife was Barbara and, after their divorce, he remarried Mary Miller on February 14, 1978.

He was introduced to music executives from Starday Records by George Jones, who Miller later teamed up with to write "Tall, Tall Trees" and "Happy Child."

Roger Miller Is A Member Of