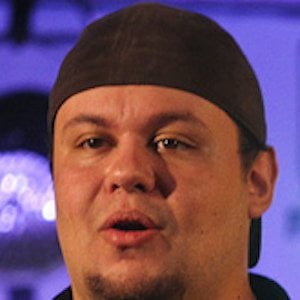 Comedian best known as the creator of the stand-up comedy shows The Divine Comedy Stand Up and Stand Up University. He has also worked with the Pânico radio show as well as its television counterparts, Pânico na TV and Pânico na Band.

He graduated from The Methodist University of São Paulo and began his career as an intern at UHF TV.

He is the recipient of the prestigious Brazilian comedy prize known as the Prêmio Risadaria de Humor.

He married Natanna de Aquino in 2017.

He appeared with Maisa Silva in the film Gadgetgang in Outerspace (2017).

Rogerio Morgado Is A Member Of