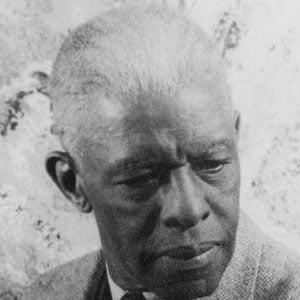 Classical music singer who was the first black man to gain international renown for his concert performances. He performed Italian, German, and French songs.

Quitting school at age thirteen to help his family, he often sang on street corners for tips.

His first two recitals cost him his own money, which he earned by singing tours of black universities and churches in the South, but their wide acclaim brought him attention.

He was born in Curryville, Georgia, the son of tenant farmers on the same plantation where his mother worked in slavery.

He was inducted into the Georgia Music Hall of Fame, alongside many other African American luminaries like Ray Charles and Isaac Hayes.

Roland Hayes Is A Member Of