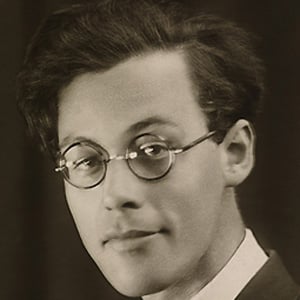 Norwegian modernist poet whose nature-versus-technology-themed works include Ord og jern (Earth and Iron) and Pass for dorene - dorene lukkes (Mind the Doors - The Doors are Closing). His popular work was translated into numerous languages.

He was the son of an Oslo dentist father and a nurse mother, and he took courses at the University of Oslo.

His unpopular political views during World War II resulted in a treason sentence. He supported the German occupation and vowed allegiance to the Norwegian National Socialist Party.

He was influenced by the work of American poet Carl Sandburg.

Rolf Jacobsen Is A Member Of