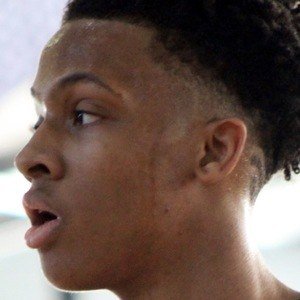 Shooting guard who was widely rated as a 5-star recruit coming out of high school, where he was named Indiana's Gatorade Player of the Year for 2018. He played one year of college basketball for the Indiana Hoosiers before he was selected 14th overall in the 2019 NBA Draft by the Boston Celtics.

He attended New Albany High School in his hometown of New Albany, Indiana for four years.

He led his high school to its first state title since 1973.

His parents are Tim and Sabrina Langford. He has sisters named Tiffany and Tisha.

He played for head coach Archie Miller at Indiana University.

Romeo Langford Is A Member Of