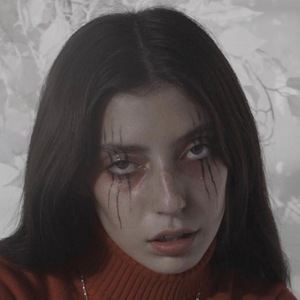 A.K.A. Death By Romy, singer/songwriter and rapper who brings a goth sensibility to all of her work. She released her first full-length album Monsters in September of 2018 and she's been managed by Alec Hendo.

She's been based in Los Angeles.

Hendo discovered her by listening to her covers of Bjork's "Venus."

She is of Mexican and European descent.

She's friends with Adam Grandmaison a.k.a. Adam 22 and the two have appeared together on each other's Instagram.

Romy Flores Is A Member Of