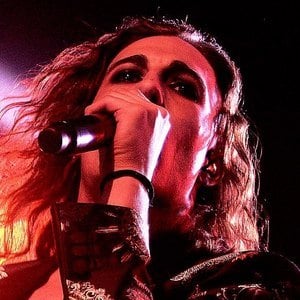 Italian rock singer who rose to fame as the lead singer of the band Måneskin. He and the band competed on the popular talent show program The X Factor in 2017, which led to him amassing a following on his ykaaar Instagram account. The group also won the Eurovision Song Contest in 2021.

He made a cameo appearance on the television program A Family Doctor. In 2021, his band Måneskin won the Eurovision Song Contest in Rotterdam, Netherlands.

He is from Italy. He has a brother named Jacopo. Both of his parents, Daniele David and Rosa Scognamiglio, have been flight attendants. He has been romantically linked to Giorgia Soleri in 2021.

At the Sanremo Music Festival 2021, his group Måneskin won first place in the Big Artists section, while Francesca Michielin and Fedez ranked second.

Damiano David Is A Member Of