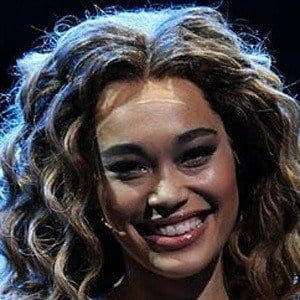 Dutch pop singer/songwriter who rose to fame after competing on Holland's version of The Voice. She was cast in the lead role of the 2015 production of the Dutch musical The Bodyguard.

She studied marketing and communication in college.

in 2016 she was the recipient of the Musical Award for Upcoming Talent for her portrayal of Rachel Marron in The Bodyguard.

She is the daughter of Dutch actress Antje Monteiro.

In early 2017 she released an album titled A Tribute to Whitney which featured several covers of Whitney Houston's work.

Romy Monteiro Is A Member Of