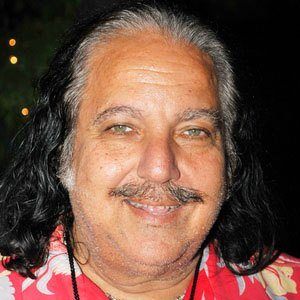 Adult film star who has appeared in hundreds of videos. He also became known for his appearances in mainstreams films including The Chase, The Boondock Saints, and Poultrygeist: Night of the Chicken Dead.

He posed for Playgirl after a former girlfriend submitted a photo of him to the magazine. He appeared on The Surreal Life with Tammy Faye Baker.

He was born in Queens, New York City to a middle class Jewish family.

He appeared in the film Detroit Rock City alongside Edward Furlong.

Ron Jeremy Is A Member Of