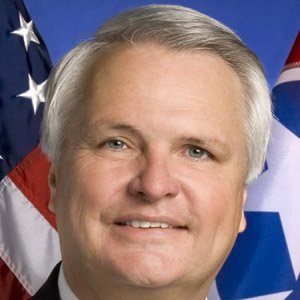 This Republican politician took office in 2007 as forty-ninth Lieutenant Governor of Tennessee. Previously, he had served in both the Tennessee Senate and the Tennessee House of Representatives.

He earned a degree in construction from East Tennessee State University and later presided over both the Blountville, Tennessee Business Association and the Bristol, Tennessee-Virginia Realtors' Association.

From 2009 to 2010, he led an unsuccessful campaign for the Tennessee gubernatorial race's Republican nomination.

His marriage to Cynthia Parker resulted in three daughters: Madison, Sheena, and Tiffany.

He endorsed actor-turned-politician Fred Thompson for the 2008 Republican presidential nomination.

Ron Ramsey Is A Member Of