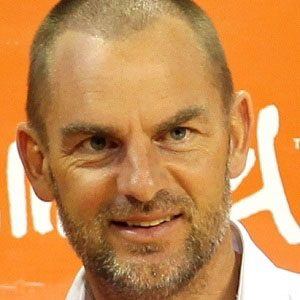 Dutch midfielder who had his greatest success during his years with Ajax, where he won many league titles and was named Dutch Footballer of the Year in 1994 and 1996. He played for the Netherlands internationally from 1993 to 2003, participating in two FIFA World Cups and being capped a total of 67 times.

He was born in the town of Hoorn and made his youth debut with De Zouaven in Lutjebroek. He joined the first team of Ajax in 1988.

He was featured on the cover of the video game FIFA 96 alongside Irishman Jason McAteer.

He was teammates with Jaap Stam on the Dutch squad which finished fourth at the 1998 FIFA World Cup.

Ronald de Boer Is A Member Of