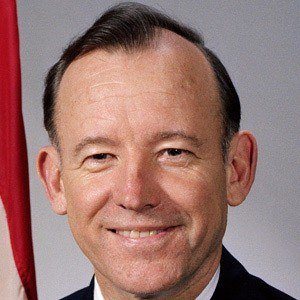 U.S. Navy Admiral who served during the 1980s as Commander-in-Chief of the U.S. Pacific Command and as Vice Chief of Naval Operations.

He attended the United States Naval Academy in the late 1940s.

He was the recipient of such prestigious military honors as the Silver Star and the Navy Distinguished Service Medal.

He grew up in the small town of Urania, Louisiana.

He and Iven Kincheloe were both recipients of the Distinguished Flying Cross.

Ronald J. Hays Is A Member Of