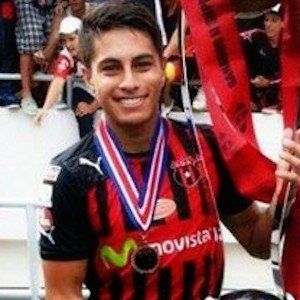 Defender who made his MLS debut in March 2016 for New York City FC. He would later score his first MLS goal in June 2016 in a match against the Seattle Sounders.

He made his youth national team debut for Costa Rica as a member of the U17 squad in 2010. He would join his first professional club, Alajuelense, in 2012.

He played for Alajuelense between 2012 and 2016. He debuted for the senior Costa Rican national soccer team in 2015 as a defender.

He was born and raised in Costa Rica.

He has played alongside fellow defender Michael Umana for the Costa Rica national soccer team.

Ronald Matarrita Is A Member Of