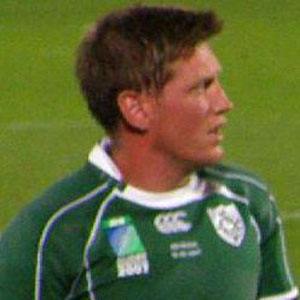 Former fly-half with Munster who became one of the highest scorers in international rugby and the Six Nations Championships. He'd later go on to coach and became the assistant coach for both Racing 92 and the Crusaders of Super Rugby.

He played rugby at University College Cork, where he was awarded the All-Ireland Under-20 medal in 1996.

His first cousin twice-removed was legendary rugby player Tom Langan. He married Jessica Daly in 2006. They have five children together.

He and Johnny Sexton are two of Ireland's greatest fly-halfs of all time.

Ronan O'Gara Is A Member Of