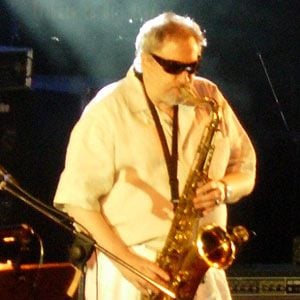 Hard bop and Latin jazz musician who collaborated with many famous musicians, including B.B. King and Eric Clapton. He has played a variety of instruments, including tenor saxophone and clarinet.

He was in the Newport Youth Band in 1959 and got his break recording with Slide Hampton and then Maynard Ferguson.

He played on the soundtrack for the movie Across the Universe.

He played with Frank Zappa's group in the mid-1970s, including recording with them for the album Zappa in New York.

Ronnie Cuber Is A Member Of