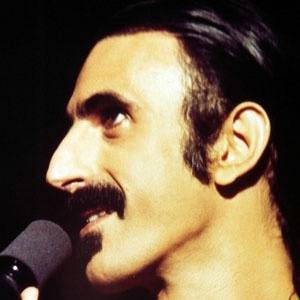 American musician, composer, songwriter, producer, and director whose debut album, Freak Out!, was a hit.

He had such bad health as a child that his parents relocated the family to Monterey, California from Baltimore.

Many of his albums were gold-certified, including Apostrophe and Over-Nite Sensation.

He worked extensively with Adrian Belew over the course of his career.

Frank Zappa Is A Member Of