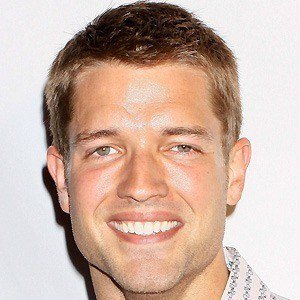 American model and actor best known for his appearance on the Bravo reality series Make Me a Supermodel. After the show, he was featured on the covers Next and Playgirl magazines.

He got involved with theater in high school and earned an Associate's degree in Political Science from Harper College before pursuing his modeling career.

He filmed a video for the It Gets Better campaign in 2010 and has been known for his involvement with organizations like the Human Rights Campaign and the ACLU.

He came out to his mother when he was fifteen and had a serious boyfriend from 2008 to 2011.

He was featured as an underwear model on an episode of RuPaul's Drag Race.

Ronnie Kroell Is A Member Of