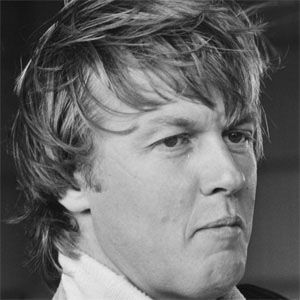 Late Swedish race car driver who won a total of ten Grand Prix races during his career. He died in an accident at the 1978 Italian Grand Prix.

He was a kart racer before competing in Formula Three.

A statue of him was erected in his honor at Orebro, Sweden.

His daughter, Nina Kennedy, opened the Ronnie Peterson Museum in 2008.

He was teammates with famed Italian driver Mario Andretti, who won the race Peterson died in.

Ronnie Peterson Is A Member Of