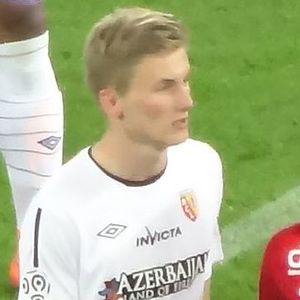 Attacking midfielder who became the youngest goalscorer in Manchester City history when he scored in an FA Cup match against Watford a day and a week after his 17th birthday. He's also played in Ligue 1 for Monaco and Lille.

He played youth soccer for Benfica in Portugal before joining Manchester City's youth club in 2011. He made his senior debut in 2013.

He's represented Portugal internationally at every level from U16-21. He made the U21 team when he was only 18.

He was born in Brazil, but grew up in Portugal, allowing him to represent the country in soccer.

He and Rio Mavuba have played together on Lille.

Rony Lopes Is A Member Of