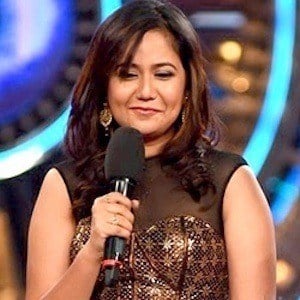 Though most famous for portraying Gunjan on the Zee TV soap opera Sapne Suhane Ladakpan Ke, this Indian entertainer also had a successful career as a choreographer and dancer. In 2012, she competed on Dance India Dance Li'l Masters.

In 2008, she made her screen acting debut on the Indian television series Hamari Betiyoon Ka Vivaah.

She was a 2012 recipient of the Zee Rishtey Award for her role on Sapne Suhane Ladakpan Ke.

She and Karan Singh Grover both appeared in the medical drama Dill Mill Gayye.

Roopal Tyagi Is A Member Of