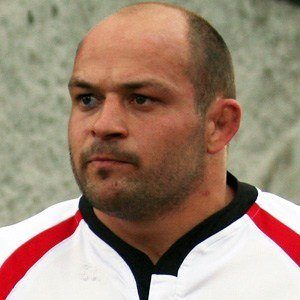 Rugby player who took over as captain of the Ulster rugby squad directly after his older brother. He's also played for the Ireland National team and served as a captain. He was appointed Officer of the Order of the British Empire (OBE) in 2017.

He played on the Newcastle University Falcons team, and was signed by Ulster, where he made his debut in 2004.

He tied the record for most caps by an Irish hooker in 2012 at the Six Nations competition.

His brother Simon Best played for Ulster and Ireland from 2003 to 2008. He married Jodie Bell in 2009; they have two boys, Ben and Richie, and a girl named Penny together.

He tied Keith Wood's Irish rugby record for most caps by a hooker.

Rory Best Is A Member Of