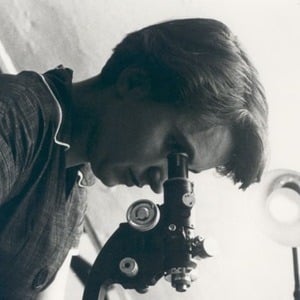 Known for her important contributions to the study of deoxyribonucleic acid (DNA), she made groundbreaking discoveries related to the structure of the polio and tobacco mosaic viruses. In 2022, a bacteria was named Franklinella in her honor.

After completing her chemistry education at Newnham College, Cambridge, she conducted research at the Dolan DNA Learning Center in New York and went on to work for the British Coal Utilisation Research Association.

While working as a researcher at King's College London, she became the first scientist to use the X-ray diffraction technique to study DNA. It was commonly thought that she would have been awarded the Nobel Prize in Chemistry in 1982 had she been alive.

She grew up in London's Notting Hill neighborhood as the daughter of wealthy Jewish parents. Sadly, she died of ovarian cancer in her late thirties.

Her work paved the way for Francis Crick and James Watson's discovery of the double helix structure of DNA.

Rosalind Franklin Is A Member Of