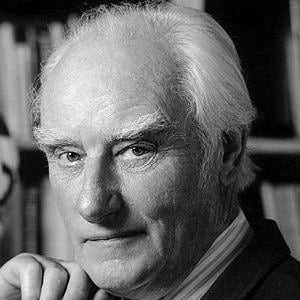 Famous English biologist and neuroscientist who became one of the most important contributors to understanding DNA when he co-discovered its helical structure in 1953. He was also the one to con the term "central dogma" in reference to how genetic information flows from DNA to RNA to protein.

He stopped going to church at age twelve, because he wanted to pursue scientific answers.

He shared the 1962 Nobel Prize for Physiology or Medicine for helping to discover the molecular structure of nucleic acids and its significance for information transfer in living material.

He was the co-discoverer of the structure of the DNA molecule in 1953 with James Watson.

Francis Crick Is A Member Of