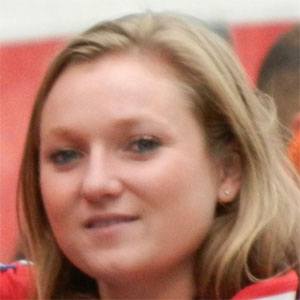 Trampoline gymnast who won the gold medal in the individual event at the 2012 Olympics and another one at the 2016 Olympics.

After watching her siblings train on trampolines, she was inspired to train in the sport herself, and, by age 11, she was already competing internationally.

At the 2012 games in London, she scored 57.305 for her final routine, both a personal best and enough to give Canada their only gold medal of the entire Olympics.

Her grandfather was selected as a gymnast for the 1940 Summer Olympics in Tokyo, but never got to compete due to the outbreak of WWII.

She and Ellie Black both represented Canada at the 2016 Olympics, with Black part of the artistic gymnastics team.

Rosie Maclennan Is A Member Of