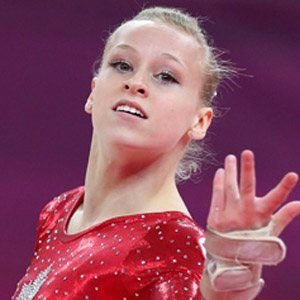 Canadian gymnast who competed at the 2012 and 2016 Summer Olympics and won gold medals at the Artistic Gymnastics World Cup in 2012. Her fifth place finish in the individual all-around at the 2016 Olympics was the best finish ever for a Canadian in that event.

She trained at Halifax Alta Gymnastics in Canada.

She qualified for the individual vault final during the 2012 Summer Olympics, but suffered an injury on her first vault in the final round.

She was born to Thomas and Katharine Black and has a brother named William.

Simone Biles took home the gold in the individual all-around at the 2016 Olympics.

Ellie Black Is A Member Of