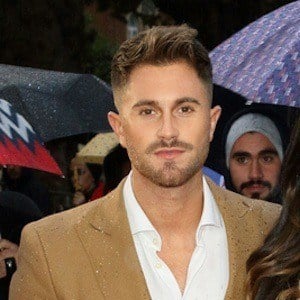 MTV reality television personality from Ex on the Beach's inaugural season in 2014 who would return to the series in 2017 . He also appeared on reality show called Desi Rascals.

He appeared on season 1 of Ex on the Beach as an ex-boyfriend of cast mates Chloe Goodman, Vicky Pattison, Emma Jane Lang and Shelby Billingham.

Reality television fame contributed to his social media stardom. He has more than 410,000 Instagram followers and 120,000 Twitter followers.

He began dating former Miss United Kingdom Nicola Mimnagh. He previously dated Jasmin Walia on The Only Way is Essex for two years.

He and Ricci Guarnaccio were both original cast members of Ex on the Beach.

Ross Worswick Is A Member Of