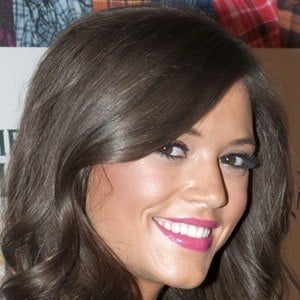 Scottish pageant winner and model best known for being crowned Miss United Kingdom in 2010. She earned her spot in the competition by winning the title of Miss Scotland that same year.

She earned a degree in politics from Glasgow Caledonian University.

She represented Scotland in the 2010 Miss World pageant and made it into the Top 25. She qualified for the 2011 Miss International pageant, though she did not compete.

She was previously married to soccer player Kyle Lafferty. She later began dating Desi Rascals star Ross Worswick. She has two children, a son and a daughter.

In the 2010 Miss World competition, she competed against winner and American representative Alexandria Mills.

Nicola Mimnagh Is A Member Of