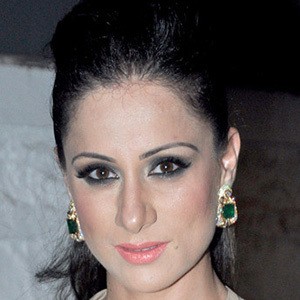 Indian fine artist and sculptor who is known for her unique cubist inspired creations which often promote social work and activism. She shares photos of her works through Instagram where she has earned over 850,000 followers.

She studied at the Slade School of Fine Art in London and had her first solo exhibition in 1999 in West Bengal. Her career as a muralist began in 2004 when she gained the Kenilworth Hotel.

She is also known for having founded the Misaal Mumbai project which focuses on painting houses throughout the slums of India.

She was born in Jammu and was raised in Kashmir, India.

Her original artworks are owned and within the private collections of several famous actors and actresses including Salman Khan and Sushmita Sen.

Rouble Nagi Is A Member Of