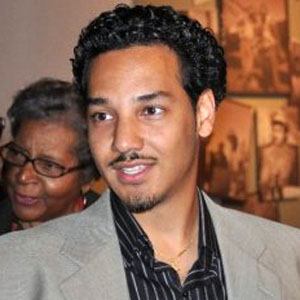 Conceptual artist who became known for his environmentally themed paintings and sculptures. His work was widely exhibited at such locations as the Skirball Museum and the California African American Museum.

He studied watercolor painting at New York's Rockland Center for the Arts when he was still a child. He won Coca Cola's national art competition in 1995.

He started the "Surrender a Moment to God" project in 2008. The project was subsequently expanded to allow 200 at-risk youth to participate.

His family was residing in Port of Spain, Trinidad and Tobago, when he was born. They relocated to Spring Valley, New York, during his childhood.

He and footballer Mosi Taputu both studied at the University of Southern California.

Graham Goddard Is A Member Of