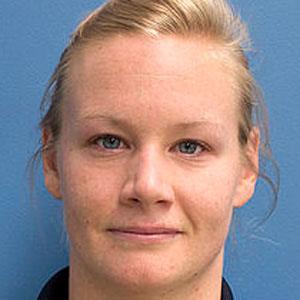 Water polo center back who helped lead Australia to a bronze medal at the 2012 Summer Olympics in London.

She was a youth star in water polo, Australian rules football, and surf lifesaving.

She attended Arizona State University, but only played for one year before turning professional.

Her grandfather, Warwick Wathen, was a successful tennis player.

She was one of Australia's many 2012 Olympic medalists, along with stars such as swimmer Alicia Coutts.

Rowena Webster Is A Member Of