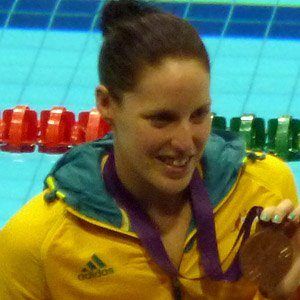 She attended the Australian Institute of Sport on scholarship.

She competed in the 2008 Olympics but didn't receive a medal.

She grew up in Brisbane, Queensland.

Her five Olympic medals in 2012 tied Ian Thorpe for the most medals in a single Olympics for an Australian.

Alicia Coutts Is A Member Of