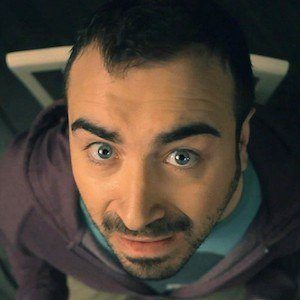 Comedian whose popular web series "Nitza Ve'Lechem" put him at the forefront of Israeli internet comedy. He has also won legions of fans for humorous music videos like "Yes I Did Approach Ido" and web series like the cat soap opera "Hatulanovela."

He served as a photographer during his mandatory military service.

He has directed commercials for companies like Pepsi, Coca-Cola and MyCheck.

He created a song for his brother's wedding called "They Should Have Fun in Their Country."

Roy Kafri Is A Member Of