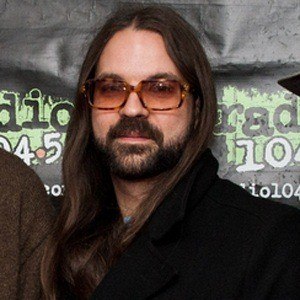 Professional bassist who is widely recognized for playing the instrument for the rock band Mutemath. He has occasionally been known to play the guitar when performing live with Mutemath as well.

He first started performing in bands at the age of 12 and has worked as a session musician for recording studios.

He was credited on the major label release Kaleidoscope Superior by the band Earthsuit.

He is originally from Texas.

He and Paul Meany both performed with the rock band Mutemath.

Roy Mitchell-Cárdenas Is A Member Of