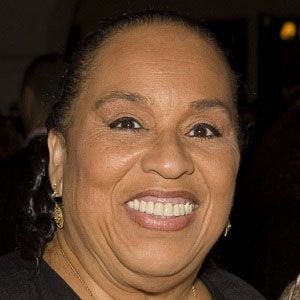 Famous during the late 1980s for her portrayal of Amelia Hetebrink on the NBC sitcom Amen, she is also notable for her voice acting work in Disney's Hercules. Also a stage actress, she performed in Broadway productions of Dreamgirls, Scandalous, and Chicago.

After graduating from Mackenzie High School in Michigan, she made her Broadway debut in Ain't Misbehavin'.

She had recurring voice acting roles on The Looney Tunes Show and The Marvelous Misadventures of Flapjack.

Born Rosalyn Bowen, she grew up in Detroit, Michigan, as the child of Thomas and Gertrude Bowen.

In 2012, she and Jason Weaver both became series regulars on The Rickey Smiley Show.

Roz Ryan Is A Member Of