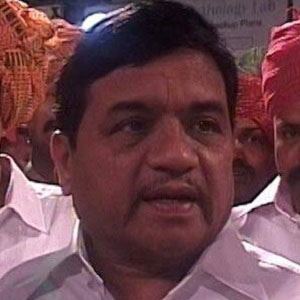 From 2003 until 2014, this Nationalist Congress Party leader served as Home Minister of India's Maharashtra state. Earlier in his career, he had held the office of Deputy Chief Minister of Maharashtra.

After earning his Bachelor of Arts and Bachelor of Laws degrees from Shantiniketan College Sangli, he began his political career by serving in the Sangli Zillah Parishad. Soon thereafter, he was elected to Maharashtra's state legislative assembly.

After making controversial comments that seemed to downplay the severity of the 2008 terrorist attacks in Mumbai, he was forced to resign his office as Deputy Chief Minister of Maharashtra.

Raised in the Hindu faith, he spent his youth in Sangli, Maharashtra, India, and attained fluency in Hindi, Marathi, and English.

He was a contemporary of fellow prominent Maharashtra politician Ashok Chavan.

RR Patil Is A Member Of