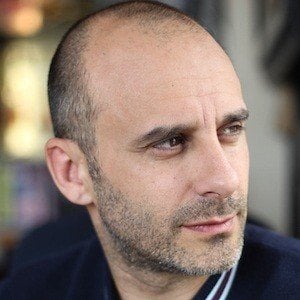 Portuguese television show host who has hosted shows like Galp Milhões and Curto Circuito. He has also played the role of Humberto in the TV series Agora Escolha.

One of his first jobs as a presenter was on the program Alta Voltagem in 1996.

He married Hanna Unas in 2003 and has two children with her.

He acted alongside César Mourão in the TV series Sal.

Rui Unas Is A Member Of