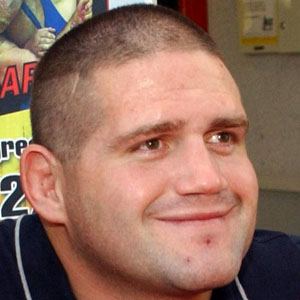 American Olympian who competed in the 2000 Olympic games in Greco-Roman wrestling, winning a gold medal in the 130 kg weight class.

He earned a football scholarship to attend the University of Nebraska-Lincoln.

He won the gold medal in Greco-Roman wrestling when he defeated Russian Aleksandr Karelin, who hadn't lost in 13 years.

He was born to Reed and Virginia Gardner and is the youngest of nine children.

He was on The Biggest Loser, hosted by Jillian Michaels.

Rulon Gardner Is A Member Of