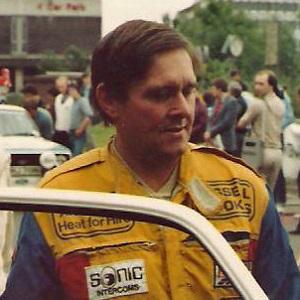 Rally driver from England who won the RAC Rally three consecutive years, from 1977 to 1979. He also won the British Rally Championship in 1977 and 1985.

He began driving competitively in 1963.

He became well-know for his association with the air conditioning company Andrews - Heat for Hire, whose colors he became synonymous with from 1974 through 1991.

His father was a firefighter.

He was teammates with Jimmy McRae, who is the father of World Rally Champion Colin McRae.

Russell Brookes Is A Member Of