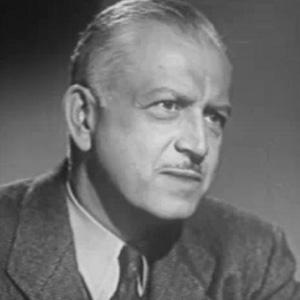 Early 20th-century film actor who acted in nearly 300 films. His credits include Seven Sinners, The Flying Saucer, Janie, and Rodeo.

His first known appearance in film was in 1915, but he has screenwriting credits from as early as 1913.

He became known for his distinguished and suave appearance.

He had five daughters with his first wife, Virginia Baker.

He shared the screen with Barbara Stanwyck in the classic film, Woman in Red.

Russell Hicks Is A Member Of