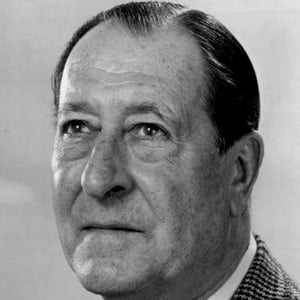 English actor, entrepreneur, and TV sidekick of Merv Griffin who appeared in Sweet and Low and on The Merv Griffin Show. His other films include Satan Met a Lady and Irene.

He established a stage career in England after World War I and then moved to America with the musical comedy group Great Temptations.

He was the 6'4" gentleman who stood beside Shirley Temple in The Little Princess.

He married Virginia Taylor in 1940 and the couple remained together until his death in 1975.

He made an appearance in the 1964 Julie Andrews film Mary Poppins.