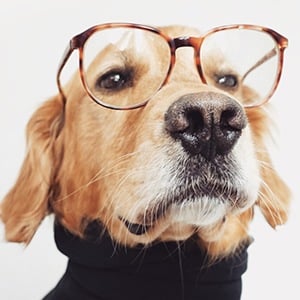 Rescued golden retriever who had an Instagram account created in his honor as a means to spread kindness and positively impact people's lives. The account earned 90,000 followers.

He was named Portland's Cutest Pet 2015.

He has been a part of the Instagram WeeklyFluff Club.

The day he was adopted was July 21, 2010. His birthday is unconfirmed, but he was around 1 year old at the time of the adoption. His human mother is Kelsey Rodas.

Rusty Rodas Is A Member Of