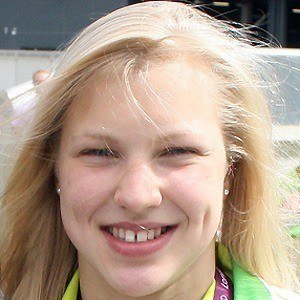 Lithuanian swimmer who became a national hero after winning the 2012 Olympic gold in the 100 meters breaststroke at the age of 15.

She began swimming when she was seven years old.

She earned her first international medal at the 2011 European youth Olympic Festival.

She lost her mother at age 4 and has two brothers, Margiris and Mindaugas.

She joined the company of Ryan Lochte by winning Olympic gold in 2012.

Ruta Meilutyte Is A Member Of