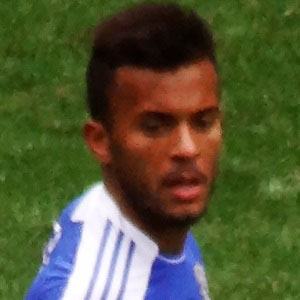 Left winger who won an FA Cup and UEFA Champions League title with Chelsea in 2012. He became a member of the English national team in 2012.

He began his career playing in the Gillingham youth system at age 9.

While owned by Chelsea, he was sent out on loan to a number of teams, including Boumemouth, Norwich City, Reading and Nottingham Forest.

He joined Wayne Rooney on England's national team in 2012.

Ryan Bertrand Is A Member Of