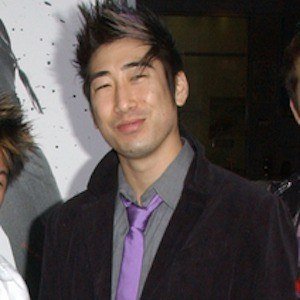 Dancer and choreographer known for his work with the dance crew Quest Crew that competed on America's Best Dance Crew, winning season three. He has worked with the band LMFAO as their creative director, choreographer and dancer.

He graduated from the University of California, Irvine with a Bachelor's degree in studio art and visual communication.

He was featured in the films Boogie Town and Alvin and the Chipmunks: The Squeakquel.

He was born in Taiwan and moved to Los Angeles, CA. He began a relationship with Courtney Yeh.

He and Steve Terada both danced for Quest Crew.

Ryan Feng Is A Member Of