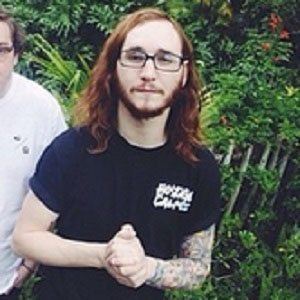 Most well known as the bassist of the New York-based music group State Champs. He is also notable for his solo endeavor, Speak Low If You Speak Love, which began in 2010.

Early in his career, he recorded two albums with The Dry Leaf Project: For the Faithless and Forgiven and Well Done, Good And Faithful Servant.

Prior to State Champs, he was a guitarist for Michigan's Good Luck Varsity band.

He spent his early days in Westland, Michigan.

He is a contemporary of fellow Michigan-born bassist Andy Glass.

Ryan Scott Graham Is A Member Of