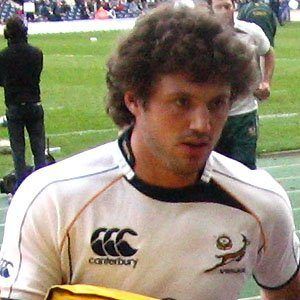 South African rugby player who joined the Sharks in 2006. He played for the Toyota Industries Shuttles from 2012 to 2013.

He was first chosen to represent South Africa toward the end of their tour in 2007.

He was given the name 'Definite' by a close friend, due to their insistence that he would 'definitely' become a Springbok.

He and fellow South African Pierre Spies both played for the Springboks.

Ryan Kankowski Is A Member Of